"I want to arm the people because an armed people can never be ensalved." Says Brazilian President in a closed door  high level meeting with his ministers. The video was released by Supreme Court of Brazil.

Apparently mad at the mayors for arresting people that go out for work, the President said, "A shithead mayor does a fucking edict handcuffs and leaves the people inside their homes." " Some crappy ass mayor gives arrest order." "The ministry of justice has to take a stand. You have to take a stand openly 'we wont allow arrests." "All ministers have to take a stand not just ministry of defense." "Why sare they handcuffing people who are going to.work." In a very passionate speech, the president took a very pro people stand. He even expressed anger at governor of Rio, Sao Paulo. "They took advantage of the virus and digging mass graves." 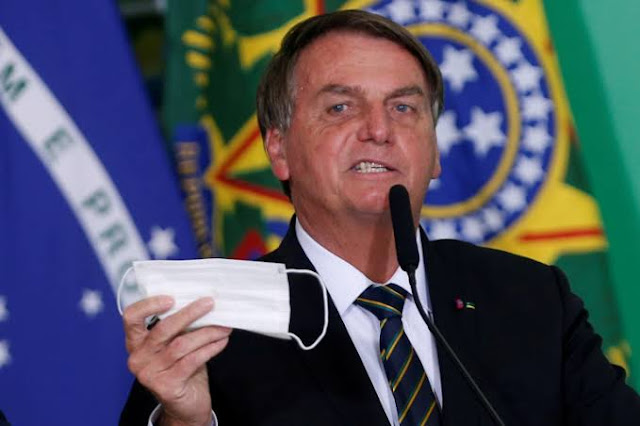 "People point finger at me 'I voted for you to take action. I voted for you to tale decisions...for you to fight. And thats the truth." "Why am I arming the people? Because I don't want dictatorship. We can't hold it anymore." "What these guys want is our liberty. I want everyone armed. Because an armed people can never be enslaved." "So think about the most important thing, more important than your life, the freedom. A man in shackles is not worth a damn thing." Mr. Bolsonaro said that family, God, Brazil, right to arms, freedom of expression and free market were his banners. And asked those who do not like these to quit from his government. "I have the power and I am going to interfere in all ministries." "We have to be submissive to people. Where people go we go."

Hope God bless him with long and successful life.