World Economic Forum: By 2030 you will own NOTHING, but you will be Happy. 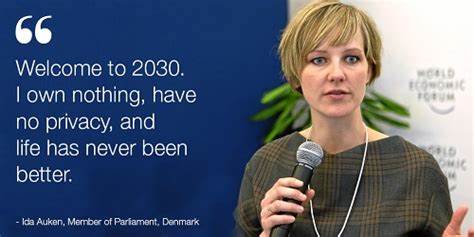 Now do you understand why Bill Gates and Zuckerberg want to give away their properties and shares to charity? Firstly because it never belonged to them individually, it was given to them by their secret masters. Do you seriously think that Bill Gates is capable of creating and maintaining Microsoft nor Zuckerberg created Facebook. Its just a sham. They are promising you to give up your properties and rights.
8 Satanic 'predictions' of WEF.

Can't you really make out what they really mean? The cruel intentions behind the soft music and pleasant words, can't you see it? Wake up. What kind of satanic programming is going on here?