Some 20 years ago McAfee used to be one of the 'free' antivirus software which was considered reliable in India. In fact it was the world's first commercial anti-virus and John McAfee is known as the 'Father of Antivirus'. Now to see the creator of this software, John McAfee, die in such loneliness and misery doesn't feel right. Circumstances of his death are suspicious and are being widely discussed on the social media. One of his old tweets has resurfaced where he had declared that if he commits suicide, it would not be a suicide but that he would have got 'whackd.' By this did he mean that he was being cornered and forced to end his life or did he mean that he would be murdered? 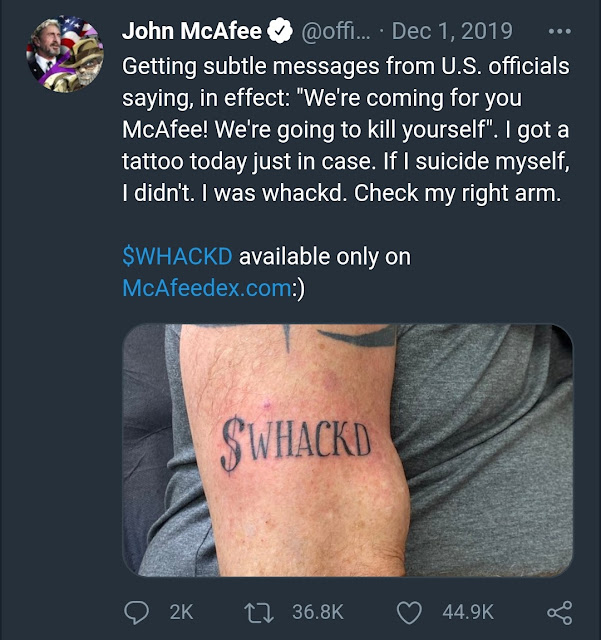 He was detailed in Barcelona last October while travelling on a British passport. He had been at loggerheads with US government on a number of issues, including his criticism of the 'deep state' in the US.

McAfee released this video on 'Deep State' few months back.

The most problematic might have been his fortune in cryptocurrencies (He was the founder of McAfee crypto team). He was booked for tax evasion and ever since he lost all his contacts and partners in this business and declared that he had 'nothing but didn't regret anything.' He was found hanging in his jail cell after the Spanish high court cleared his extradition to the US. McAfee had said in the Spanish court that the US wants to make an example of him. His lawyer Villalba said, "This is the result of this cruel system which had no reason to keep this man in jail or so long."

McAfee had also raised questions on the 'suicide' of Epstein in US prison. 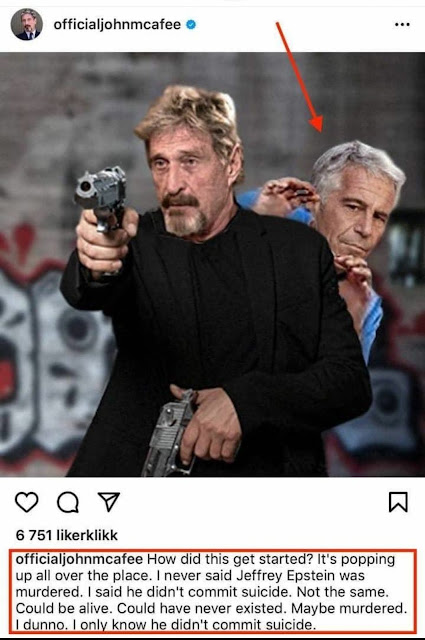 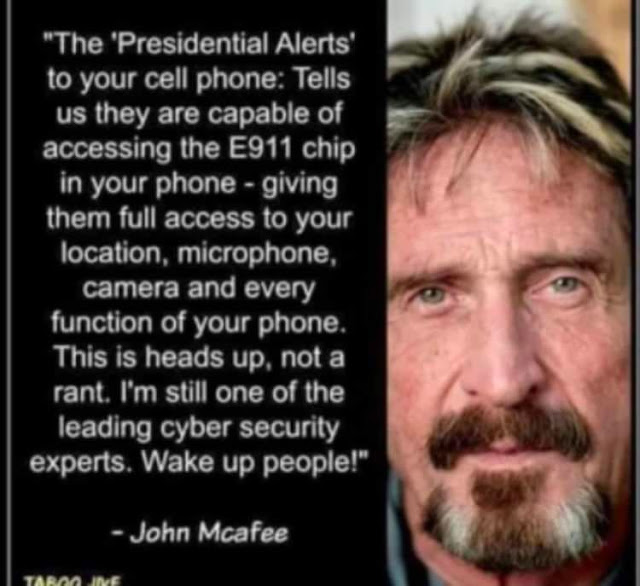