May 24, 2021
When you try to search about 'Plandemic' you will find vehement attack on it right from the Google search itself. With articles calling it a hoax to those character assassinating Judy Michovitz or the insane 'Fact Check' articles will pop up. If you share it on Facebook, your account maybe banned and your video will be deleted from YouTube.
CLICK HERE for full documentary. 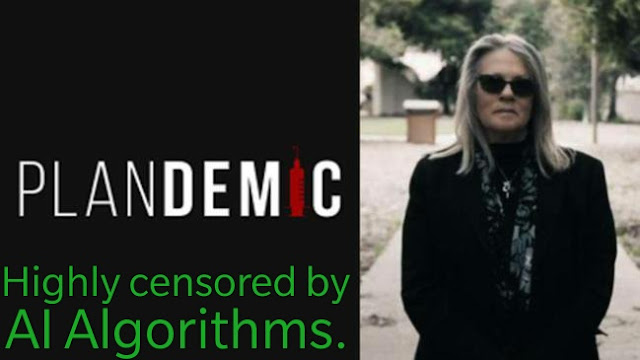 One of the aftermaths of Covid19 is the AI lead attack on free speech. Google, YouTube, Facebook AI algorithms have been fed into these sites and the moment you talk against vaccines or bill gates or any idea that opposes the official narrative of covid19 will be downgraded by the search engines and servers. In this documentary Judy Michovitz talk about her persecution for standing up against the likes of Anthony Fauci. Watch and share.